And here it is… The race video. I hope you enjoy seeing my pain. If you haven’t already, please subscribe to my YT channel.

A few of the details…

This is my second go at cross country racing with LACC series in south Louisiana. This round happened to be at the same place as the last one, which I hoped would give me a chance to redeem myself from the mechanical issues I faced on the last race.

To get to the point early, this is going to be my last race… at least on this old Honda XR250R. Though I’ve gotten it where it can recover from a crash fairly quickly, it is too heavy and not nimble enough in the tight single track. I’ll be selling this bike and looking for something better suited to this type of riding. Shoot me an email through the contact for if you are interested.

As you get into the video, I had a pretty hard crash and was injured. My motorcross boot saved my ankle by transferring the twisting action of my crash up my leg into my knee and hip joint. I got lucky, and was fortunately wearing the proper gear.

There’s a bit of screaming, and images of my twisted leg that might be disturbing… Also, there’s quite a bit of heavy breathing, because my cardio is severely lacking. To all of those that ride and race like this all the time, you are all so very impressive. I hope you enjoy the video.

I purchased my first dirt bike back in January, a 1986 Honda XR250R.  It’s a tank of a machine.  We took a road trip to Colorado the first week of June, and I rode this bike all over the alpine loop.  There’s a few videos already up on the YouTube channel from that trip, with more to follow. Check ’em out!  Anyway, after returning home I was looking for opportunities to ride trails on this old XR.  With the prompting from a coworker, I found out about a local cross country racing circuit, LACC, and decided to enter my first race, ever.

I figured that since I had just recently ridden the tough terrain in Colorado, that I’d be fine. I couldn’t have been more wrong.  At the start of the race, I took off for the hole shot and I’m happy to say I wasn’t last, but shortly after clearing the field and entering the woods my front end nearly washed out and I stalled the bike.  It took about 3-4 kicks to get going again, and in the mean time 4 of the 5 people I beat on the hole shot passed me up.  It really didn’t matter though, because I soon after crashed for the first time.  It took me about 4 minutes to get the bike started again.  That’s a TON of time in a race.  I continued on my way to have my handle bars caved to the side by clipping a tree.  With this crash, it took me 45 minutes to restart the bike.  To put this into perspective, this was a 90 minute race, and I lost half my time on this one crash.  I finally got it going again and crashed a third time, to end my race. Neither I, nor the bike wanted to go anymore.

The clean up crew caught up to me after the checkered flag flew and towed my bike to a flat area where I was able to bump start it and ride in shame back to my trailer.  All in all I rode for about 6 minutes and covered a little more than the first mile of the 8 mile loop.  Featured below is my “race” video.  You’ll see the 6 minutes of riding with crashes, followed by a montage of me trying to kick start the bike, then followed by lots of the riders that passed me by.

For a first race, I really didn’t know what to expect.  I certainly expected to do better than I did, but couldn’t really come away angry or upset.  I was laughing at myself actually.  I met some wonderfully nice folks, and encountered the nicest people, all asking me if I was OK as they passed me by in the woods…

If you ever have the chance… Go race!

Have you ever paid for a Bag of Crap?  Well, I just did!  If you’re not familiar with Woot.Com, then you need to check them out.  They have all kinds of items on close out sales and specials.  I’ve gottena few things from them, including the awesome Darth Vader shoes I’ve been wearing lately.  The best part of their close outs is when they have a “Woot Off.”  These are also called a Rudolph sale due to the flashing red light graphics used on the page.  The “Woot Off” consists of one product after another getting put up on the block at an incredible price, and the clock ticks down until they are sold out.  Most items go quickly.  Surprisingly though, the most popular item is filled with the unknown.  Throughout the “Woot Off” they offer up their Bag of Crap.  It costs $10 total, shipped.  It is so popular that almost the same instant they become available, they are sold out.  I finally got my first Bag of Crap after several months of trying.  Down below I have my video of its unboxing!  Take a look and you be the judge of this Bag of Crap.  Was it worth the $10 I spent, or was it a bargain?

As many of you know, I’ve been spending a great deal of time working on my BrainMazes book. My kids have enjoyed watching me as I drew the mazes for Volume 1. Along the way I drew a couple small mazes for them and even had a “clinic” where Jesse and Elsa learned how to draw Daddy’s Mazes.

Well, for Father’s Day this year, my kids made cards for me. There can be no greater honor than when our kids imitate us. So for my Father’s Day cards, I received their versions of Mazes and I absolutely adore them. 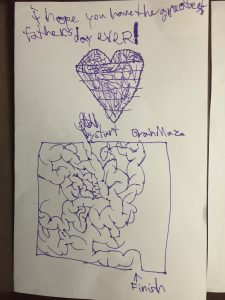 And then Elsa’s Heart Maze: 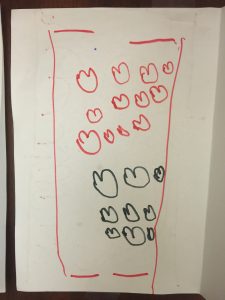 On the surface, it’s easy for a parent to say, “Oh, that’s cute.” and not think any more about it. For me, it meant something more. My children are watching me. They are trying to emulate me. This is a huge honor, and a huge responsibility at the same time. As parents we can’t forget that our kids are watching what we do. They see how we treat our spouses and strangers. They see when we help others in need. We set the examples that will become parts of their ethic and moral compasses.

I am so proud of my kids, who they have become, and for who they will be in the future.

Here’s the new Promotion video highlighting some of your comments.

Six stellar reviews so far! Two of my favorites:

“these mazes are no joke. one took me 25 minutes to complete. beautifully laid out and unique, nothing else out there like it. the mazes get increasingly difficult as you go along. I feel like I accomplish a mission when I complete one, well done.” -Austin H.

“Great mazes!! I felt so accomplished after completing one! I need more erasers. 😂” -Jessica G.

It’s exciting to hear what you guys are saying! It also sounds like I accomplished what I was after; a book of mazes that provide a challenge even for adults. I’m hoping you will send in pics and videos of you working the mazes. I’d love to feature some of those in the next P4ddyC4ke youtube channel video. As an FYI I’ve already started on a Volume 2. 🙂 And have begun the process for a 18×24 wall poster! Won’t that be a challenge!

We’ve got 6 stellar reviews! Thank you so much for those. 20+ copies sold so far, and I thank you for that as well. Please share this with your friends. I think any puzzle, game lover will find themselves reminiscing to their childhood loving to work mazes, but find the challenge worthy of their time. There is more to come!

The proof has been approved and BrainMazes is now available! You can get it now through Amazon. Here’s the link.

Get your Copy here!

I have a couple of favors to ask as I move into marketing the book and I hope that you are willing to help.

1)Please get a copy! 😉
2)Write a review and rate it on Amazon! Research I did suggested having 50-100 Comments and Ratings before actively marketing a product.
3)Please Share the link to the book from the Amazon page!
4)Go subscribe to my YouTube channel! P4ddyC4ke Channel Share the video for BrainMazes from the channel or use this link. https://youtu.be/2zApBVNzwp0

Thanks everyone for all the interest!

Get BrainMazes Vol. 1 on Amazon!

Get BrainMazes Vol. 1 on Barnes and Noble! 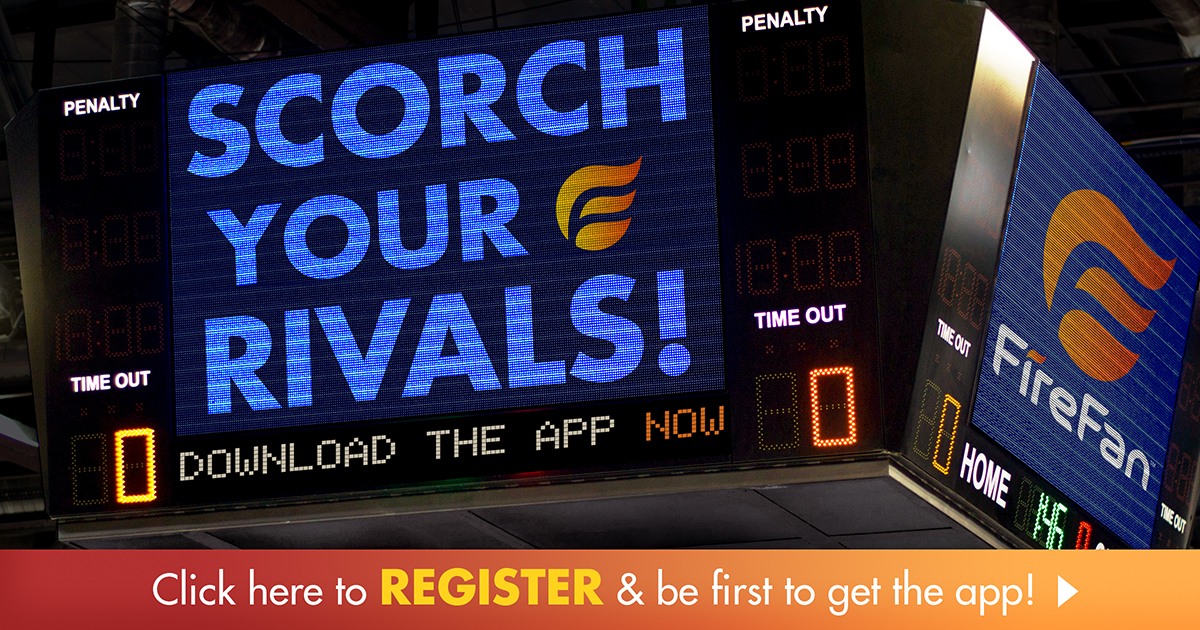 Get BrainMazes Vol. 1 on Books a Million! 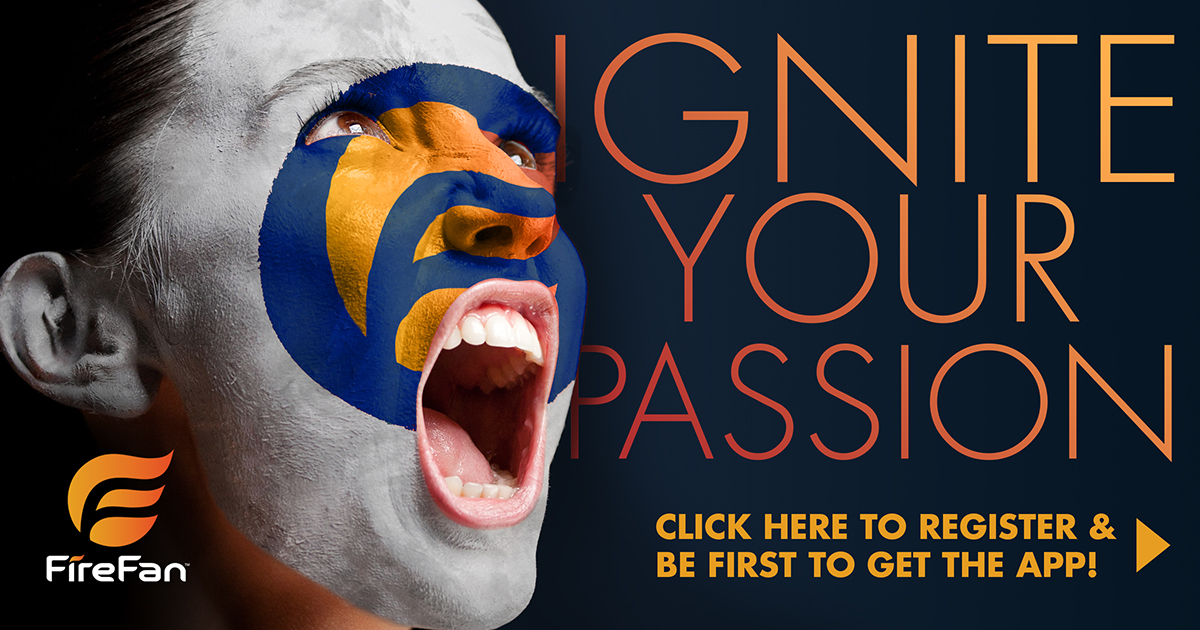